Or per month
with 0% APR interest free credit

OMEGA is a watch manufacturer with many claims to fame and a long history of accomplishments and victories, but the story behind the Speedmaster is probably the one OMEGA themselves are most keen to tell. In 1965, the OMEGA Speedmaster Chronograph was selected by NASA for use on the wrists of the Astronauts completing manned space missions. Four years later the Speedmaster became the first watch on the Moon as part of the famous Apollo 11 Lunar Landing mission, this was followed by five other Lunar Landing missions and cemented OMEGA and the Speedmaster’s place into history.

This Speedmaster Moonwatch Professional is a faithful recreation of the original NASA selected watch, keeping true to the design and materials used while updating the build quality to modern standards. The stainless steel case and bracelet are almost identical to the 1969 model, as is the Hesalite Crystal glass and the Tachymeter bezel framing the black dial. The movement which powers the watch is hand wound in another nod to the past, but is made using cutting-edge materials and carries a 2 year guarantee.

As this watch is a celebration of one of OMEGA’s proudest moments, each Speedmaster Moonwatch Professional is presented in a stunning presentation box, containing a commemorative medallion and two complimentary straps which share the woven “military” strap design used in the NASA mission watches along with the necessary fitting tools. For dedicated collectors or passive admirers alike, the OMEGA Speedmaster Moonwatch Professional is one of the most significant and desired chronographs in history. 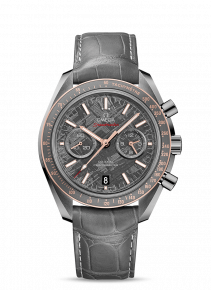 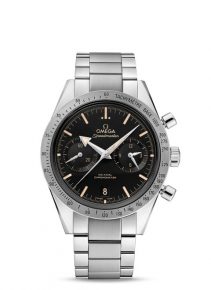 This is a £ loan with an interest rate of per annum; your monthly repayments will be for months. The total amount payable is . The cost for credit (interest and charges) is £ 0.00. APR 0.00% representative.

This is a £ loan with an interest rate of per annum; your monthly repayments will be for months. The total amount payable is . The cost for credit (interest and charges) is £ 0.00. APR 0.00% representative.

Interest Free credit is available when you spend £250 and over on a single product. Choose V12 Finance at the checkout page to apply for credit.

Please see see the finance example above to see how much the finance should cost (example based on current product cost).